'My Iran' Spotlights 6 Women Photographers Telling the Story of Their Country...
thehoya.com 30/01/2020 Culture 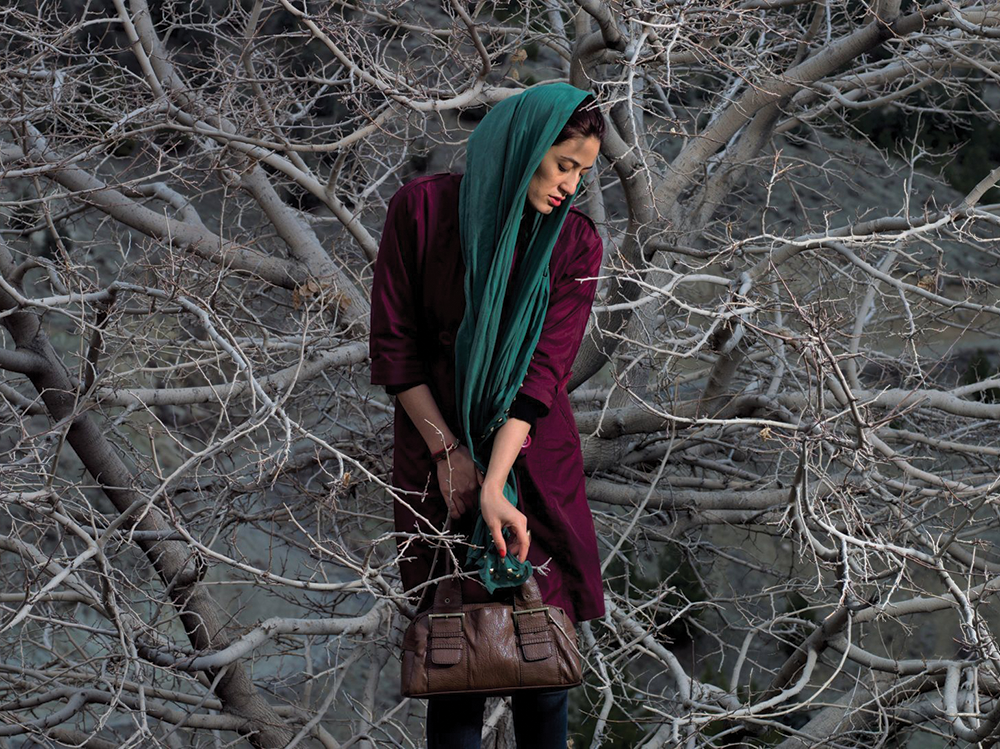 January 30, 2020 by Michelle Brown Leave a Comment
Six women use the power of their camera lenses to illustrate the societal change in Iran since 1979. With a focus on what it means to be a woman living under an oppressive regime, Hengameh Golestan, Newsha Tavakolian, Shadi Ghadirian, Malekeh Nayiny, Gohar Dashti and Mitra Tabrizian use powerful images that play with color, setting and expression to give American viewers a look into Iranian life before and after that landmark year. The exhibit, entitled “My Iran: Six Women Photographers,” is on display at the Smithsonian National Museum of Asian Art until Feb. 9.
Golestan opens the narrative in March 1979, planting viewers right at the flashpoint of the Iranian Revolution, which saw a dramatic change in cultural life within Iran. Golestan, 27 years old at the time, depicts women’s resistance to the imposition of policies that diminished their role and status in society.
An untitled photo from Golestan’s series, “Witness 1979,” depicts a dense crowd of impassioned women, just before they were legally required to wear hijabs in public, bracing the cold and the snow to express their defiance toward the revolution in protest. Caught mid-sentence with their fists raised, the energy of the crowd in the black-and-white image is palpable, compelling and remarkable as compared to the realities of life for Iranian women today, where their role in society is subjugated.
The explicit displays of freedom and civil disobedience that make up Golestan’s collection stand apart from the portrayals of modern-day Iran that Dadhti and Ghadirian have to offer, yet those portrayals also convey a degree of discontent and protest, albeit more subtly.
Ghadirian’s untitled series from 1999 creatively stages modestly dressed young women in the style of 19th-century portraits. The sepia tone and dated backdrops of the portraits contrast with the objects the women are holding, like a Pepsi can in one and a newspaper in another. These symbols of modernity contrast with the vintage, creating an eerie effect of a country stuck in the crossroads between two time periods.
Amidst the traditional elements of the portraits, little present-day props and signs of western influence cleverly indicate small acts of rebellion. Though obviously different in composition and mood from Golestan’s “Witness 1979” images, the rebellious spirit within these artists has not disappeared.
Unlike Golestan and Ghadirian, Gohar Dashti was born after the Iranian Revolution, and the most historic and formative event of her lifetime was the Iran-Iraq War. Her work is centered on the persistent legacy of that conflict and introduces another layer of complexity to the exhibit with photo series such as “Slow Decay” and “Iran, Untitled.”
An untitled photo from “Iran, Untitled” in 2013 shows 11 women, head to toe in black, seated on a couch in the desert. The far-away shot expresses the desolation of the women’s surroundings. Their expressions are somewhat unreadable; most are looking away from the camera, others’ faces are obscured by large sunglasses and a few look down to read the books in their laps. Each appears to be in her own world, highlighting the social isolation of women in Iran. With attention to these details, Dashti packs her photography with profound meaning and commentary.
Nearly 40 years later in the modern day, the most recent look at life for Iranian women is Tavakolian’s “Blank Pages of an Iranian Photo Album.” Tavakolian’s focus with her work is social documentary. Her portrayals of marginalization and resilience in photos like “Somayeh” resemble the themes conveyed in Dashti’s photography. “Somayeh” depicts a young woman situated among gray, barren branches with a cold and impersonal-looking city in the far background.
NATIONAL MUSEUM OF ASIAN ART | Tavakolian’s “Somayeh” conveys oppression in Iran and female resistance to the policies that have subjugated women since the Iranian Revolution.

* * * Perhaps the most stylistically creative of the collections belongs to Nayiny, who uses digitization to combine photos from her own family albums with other images and different backdrops in abstract, visually dynamic ways. She combines old and new by injecting people from the past into modern settings. Nayiny’s approach looks admiringly to the past as compared to some of the others’ critiques in the exhibit of both the past and present.
“My Iran,” though focusing largely on the experiences of Iranian women, also gives attention to broad issues affecting Iranians both inside and outside of Iran, such as migration. Tabrizian’s “Border” expertly captures the pain associated with leaving one’s homeland, even though staying would mean tolerating oppressive rule.
All six photographers present compelling images which work together to fill out a complete and multi-dimensional picture of their Iran, their home. They highlight moments in modern Iranian history that defined culture and society with attention to the experiences of women over time — Iranians who have left their home and Iranians wistfully looking to the West as a better future. The narrative they collectively weave, though embedded with moments of pain and loss, ultimately expresses courageous resilience and hope for the future of women in Iran.
--- ---
...

globalresearch.ca 01/07/2014 Politics
By Prof Michel Chossudovsky Global Research, June 21, 2014 Following the incursion of jihadist rebels of the Islamic State of Iraq and the Levant (IS...View Details»

The Barriers to Iranian–American Rapprochement: Inside Iran and the US...

The ‘Iranian Banksy’ Brings Eerie Dreamscapes to the U.S....

newsweek.com 19/11/2016 Arts
By Christiane Gruber On 11/19/16 at 9:10 AM A little over a year has passed since the signing of the historic Iran deal. Diplomatic and economic rela...View Details»

Iranian cinema comes into focus at TIFF Cinematheque - The Globe and M...

theglobeandmail.com 07/03/2015 Fun
*** Close-Up is a film about the power of film to erase the differences between life and art. (Janus) KATE TAYLOR The Globe and Mail Published Friday,...View Details»

‘War and Peace’ today in Iran - The Boston Globe...

bostonglobe.com 12/01/2016 Arts
*** An Iranian couple walk passed an unofficial Apple store in Tehran By Niall Ferguson January 11, 2016 There can never be too many adaptations of ...View Details»